New Ekonomistas post (in Swedish). Here is an English translation.

The Council for Cooperation on Macroprudential Policy set up a joint analysis group in February 2013 to examine a few issues concerning household debt. (The council’s tasks have now been taken over by the newly established Financial Stability Council.)

Finansinspektionen (the Swedish Financial Supervisory Authority) published three memos of very good quality from the group in October, 2013 (unfortunately in Swedish only, although they deserve to be translated into English). They are referred to in this post (Swedish only). Now, somewhat belatedly, the Riksbank has published three more memos, of mixed quality, from the group. One of these, Memo 6 ”Risks to the macroeconomy and financial stability arising from the development in the household’s debt and housing prices,” is unfortunately somewhat biased and possibly even misleading.  END_OF_DOCUMENT_TOKEN_TO_BE_REPLACED

Since 1995, Swedish households’ debt has risen from about 90 percent of disposable income to about 170 percent and hence almost doubled. Many, including the Riksbank, conclude that this has made the households more vulnerable to disturbances. But at the same time, real and financial assets and net worth have approximately doubled. Total assets and net worth are now about 580 percent and 410 percent of disposable income, respectively. This doubling of assets and net worth should contribute to households’ being more resilient to disturbances. This short paper argues that a doubling of the average Swedish household’s balance sheets actually increases resilience, rather than reduces it. Generally, a richer household is more resilient than a poorer one.

New Ekonomistas post, “What are the effects of a fall in housing prices?” (in Swedish). Here is an English translation.

Interview in Svenska Dagbladet, paper edition, January 16, 2014: “It has been different in other countries” (in Swedish).

Ekonomistas guest post by Harry Flam (in Swedish). Here is an English translation.

This is a guest post by Harry Flam, professor of international economics at the Institute for International Economic Studies, Stockholm University.

The U.S. and several European countries have experienced large falls in housing prices in the wake of the financial and euro crisis. Housing market indices fell 43 percent in the U.S., nearly 50 percent in Ireland, and – so far – 30 percent in Spain. This has contributed to very negative outcomes in these countries: banks have suffered enormous credit losses and have cut down their lending, tax payers were forced to rescue many of them, households became less wealthy, and households and firms decreased demand, resulting in high unemployment.

With hindsight, it has been argued that housing prices in these countries were driven by expectations of future capital gains. Considering the fact that real housing prices in Sweden have experienced a historically large increase since the mid-1990s – prices of single-family houses have increased by about 300 percent – after having increased at the rate of the consumer price index before that, one may ask if we have a pricing bubble waiting to burst, with serious consequences for households, banks and the economy?  END_OF_DOCUMENT_TOKEN_TO_BE_REPLACED

New Ekonomistas post (in Swedish). Here is an English translation.

Since last summer, the Riksbank has put forward a new reason for a higher repo rate (the Riksbank’s policy rate). The Riksbank suggests that households would have too low mortgage-rate expectations. But closer scrutiny shows that there is hardly any basis for the Riksbank’s suggestion. (This aside from the fact that, if households’ mortgage-rate expectations would be a problem, a higher repo rate is hardly the solution.) END_OF_DOCUMENT_TOKEN_TO_BE_REPLACED

Interview in TV4 News (in Swedish), January 3, 7:10 pm, towards the end of a piece about household debt, related to Ekonomistas post January 3 (Swedish, English).

New Ekonomistas post (in Swedish), “Problems with the housing market are no excuse for Ingves to miss the inflation target.” Here is an English translation.

In a two-page interview in the Swedish daily Dagens Nyheter on January 3 (in Swedish), the governor of the Riksbank, Stefan Ingves, is as usual worried about household indebtedness and now proposes a broad commission to reform the housing market. For the Riksbank, Stefan Ingves says, a housing market that works better would remove a problem that puts a burden on monetary policy. Then the scope would increases for more clearly focus the interest-rate decisions on achieving the inflation target “in reasonably short time,” he says. But are problems with the housing market an excuse for missing the inflation target?
END_OF_DOCUMENT_TOKEN_TO_BE_REPLACED 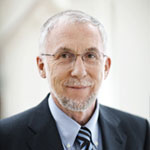